“Guardian Angel pure and bright, Guard me while I sleep tonight.”

The little girl, whose hair was black as coal whispered the prayer ever so delicately as she knelt beside her bed. She had started praying to God’s angels ever since she could form words. She believed that the only reason that she didn’t die in the car crash, along with her parents, was because the Angels saved her. The other kids at Miss Macy’s Orphanage had often made a mockery of the 10 year old for the fact that she believed what she believed.

Little did she know, however, that at this very moment in time - as she tucked herself into her lumpy and unwelcoming bed, that a girl - with snow white hair, crystal blue eyes and brilliant white cloak - stood at the foot of her bed. Invisible to the eyes of the world unless the stranger wanted them to see her. She looked over her charge once again before heading towards the open window. Spreading her white feathered wings she took off whilst planning to return to the younger girl's room the following night.

Eliza, or ‘little Eli’ as her friends and teachers liked to call her, made her way cautiously through the ice covered streets the following morning. It was Winter. Eliza hated Winter. She hated Winter with a burning passion! Winter was the season in which the Orphanage was the coldest, with no working heating or warm beds. With no hot soup to warm their stomachs or hot chocolate. Even Christmas wasn’t something to look forward to. No presents! No Tree! No snow fights or snow men! But Eliza didn’t let this dampen her spirits. She always kept her head held high and hope in her smile...hope for a better life in the future...one she often prayed to the Angels for.

Even now, as the tip of her nose was tainted pink, the cold air was clawing at her cheeks and her breath was coming out in small puffs of white, Eliza had a huge grin plastered to her face.

She paused momentarily at the towering gates to her school, taking a deep breath and quietly reciting a quick prayer to the Angels in hope that the day will go well. She was currently in year five, the school year was coming to an end and soon she would find herself in the last year of primary school. That thought alone was terrifying to the little girl.

The bell rung which signalled that class was about to start. Eli had to hurry if she didn't want to be late - a bad comment in her school planner was the last thing she needed. Miss Macy from the Orphanage would be angry. And everyone knew that that was a very very bad thing! Eliza ran and ran as fast as she could down the abandoned hallways, she was almost at the classroom door - she’d make it just in time before the late bell sounded...or so she thought…

Just as Eliza was reaching for the door handle, something pushed into her and made her stumble backwards. At first she was disorientated from the shock but once her senses came back she looked to see what was the cause for her now being sprawled on the hard floor. Luca. Luca - a year six student that walked around with his nose turned up at anyone he deemed unworthy of his presence. And he deemed EVERYONE unworthy!

He stood there, with his hands shoved deeply into his pockets, towering above the still sprawled out Eliza with a smug face on that made everyone who was on the receiving end of it want to smack it from his face. Eli scrambled to get to her feet and fixed Luca with a harsh glare, she was ready to have a go at him when she heard a voice in her head.

Her mother had always said this to her when she felt her temper get the better of her, well that was before the accident.

She inhaled deeply and felt her emotions calm dramatically.

‘Kill them with kindness even though they hurt you and bury them with a smile.’

She thought to herself. Eli, once again had her signature grin on her face - she quite enjoyed the confusion spilling from Luca’s face - she enjoyed it so much that she had to smother a laugh that she feared would escape and ruin her facade.

She turned and entered the classroom, leaving a baffled boy behind her. His intention had been to upset or even make Eliza cry - maybe say some horrid things about the girls dead parents. It annoyed him to no end that she didn't rise to the bait - he’d tried many times to make the 10 year old snap. But she was not like the other kids, she was always calm and happy, even when people were cruel to her. ‘Weirdo’ is what he thought as he turned to find another victim to sink his teeth into.

Eliza had been given a bad comment by her teacher after all, it almost made her want to find Luca to make him pay - but she didn’t have a single bad bone in her body to do so.

As soon as she had returned to the Orphanage she went straight to Miss Macy’s office. ‘Better to get it over and done with’ she had thought.

After being called to enter she slowly twisted the doorknob, the door creaked and moaned as if it were in pain as it opened agonizingly slowly.

Miss Macy was extremely annoyed at little Eli getting a bad comment because this would go on the adoption records and make Miss Macy look very bad at her job (even though she was). Eliza was marched by her arm down the cellar stairs and through another metal door. She knew what this meant. It meant that Eliza would be having no tea and would have to sleep in the freezing dungeon-like room for the night.

Eliza was being watched again at that moment, by the same guardian angel from the previous night. The angel, who was known as Sierra, had a delicate smile grace her lips as she listened to the younger girl who sat cross-legged against the wall. This was all Sierra was waiting for - for Eliza to be happy with who she is and how she has been acting towards others. This was the key and now Eliza may be blessed with a better life.

The door to the room unlocked and Miss Macy escorted a confused Eliza back upstairs to the office, upon further inspection of the room Eliza noticed a nicely dressed man and woman with huge smiles that showed off their pearly white teeth.

30 minutes later and Eliza was setting off in a car with her new parents, she had never been so happy to have a fresh chance in life. ‘Thankyou my Angels’ was her last thought before she entered dreamland.

THE ANGEL GIRL: This was my runner-up choice... a well planned and beautifully written story that blended classic drama with fantasy and gritty reality to create something unique and lovely. Inspiring and hopeful, the story left me feeling uplifted and very impressed! 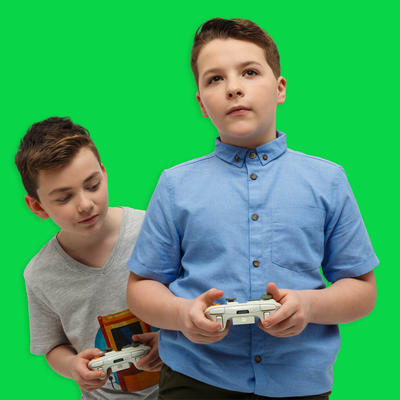