Little girl who lives in a princess tower

Once upon a time there was a little girl who lived in a high rise blocks of flats which she called her Princess Tower.  She was a sad little girl, this was because her Mummy and Daddy made some wrong choices.

One day she had to leave her Princess Tower to go and live with some strangers called a Foster Family, the little girl was very scared and worried at the beginning.  The family loved the little girl and called her their little Princess.  All the Princess wanted to do was to live in her Princess Tower again with her mummy and daddy but this was not possible.  After a while the Princess started to like her Foster family and there was always someone to play with.

There was a big meeting with important people and they told the Princess that she would not be able to go back to her Mummy and Daddy or to her special Princess Tower and that they will be finding her a new forever Mummy and Daddy.  The little Princess was very confused and didn’t really understand.  She asked if her new Mummy and Daddy would love her.

Time went on and the little Princess thought that no one would come to adopt her, then one day she was told that the important people had found a new forever Mummy and Daddy especially for the Little Princess and she was going to live in a Princess Castle with them.

They all met each other, it was a little different than before and the little Princess was nervous, but after a little time playing together she thought that her new Mummy and Daddy were nice.  She was happy again and was living with her forever family.

Many years went by and the Princess grew up learning lots of things on the way.  Her forever Mummy and Daddy talked about becoming Foster Carer’s and her becoming a Foster Sister, without any hesitation she said yes, she wanted to help other little boys and girls in foster care who are scared and worried just like she was.

Lots of children came to stay, some for a long time, some for a short time, some children who needed lots of help and other who didn’t.  The Princess shared her Mummy, Daddy and all her toys, she was happy to see the children smile and laugh.  It was hard to say goodbye when they moved on, but the Princess new she had done a good job.

Maybe one day in the future the Princess will have her own children or even become a carer herself.

I would like to specially commend this one – I really liked the use of fairy tale, the idea of the Princess Tower and the beautiful simplicity of style. 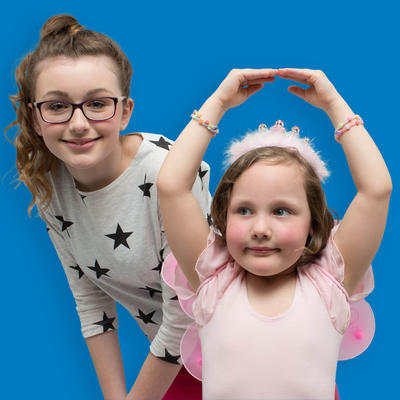