Sean and Karen transferred from an agency

Sean and Karen had previously fostered for a private agency but transferred to Bolton because they felt that only a Local Authority could offer them the professional support they needed when fostering teenage boys.

Previously Sean has cared for a high profile unaccompanied minor who had come from Afghanistan, Gulwali Passarlay. Gulwali has gone on to write books about his experiences detailing his journey fleeing from the conflict that had claimed his father’s life.

After an extraordinarily and tortuous journey across eight countries, Gulwali arrived in the UK a year later and has since devoted his new life to education. Now twenty-one years old, he has graduated from the University of Manchester with a degree in Politics and is a member of many prestigious political, aid, and youth groups, each a stepping stone to his ultimate goal - to run for Presidency of Afghanistan in 2026.

In 2012 he was invited to carry the Olympic Torch.

“Gulwali is remarkable,” says Sean. “His mother paid for him to leave the country to escape the Taliban. After he came to us he picked up 13 GCSEs at school and schooled himself in speaking English, his fifth language. Did fostering help? Definitely.

“I was kicked out of school early but managed to develop quite a career as a trade unionist. I took up fostering to get through university and it wound up becoming my career,” explains Sean about his entry into becoming a carer. “The time I was supposed to be called to the bar my partner and I actually went travelling to Cambodia and beyond with two teenagers we had in foster care. You can do a lot when you’re a foster carer.”

Sean recalls the first time he took a foster child into his house and says that it was really strange, no mistake, but after the first couple of weeks it became totally natural.

“It’s the one thing most people ask me when they’re thinking about fostering,” he says. “What it feels like to bring someone new into your house. I understand why they’re asking but honestly you don’t notice after a while. I think becoming a foster carer has made me a more patient person and that’s a great thing.
“I think I must have been very impatient when I was younger,” he laughs. “I’m not now, that’s for sure.”

“If was to offer one piece of advice to a new carer it would be to make sure that you make the young person a genuine member of the family,” says Sean. “Once you do that there is no longer a stranger in your home, and you’re building up trust with someone who’s probably had very little trust in their life. It really does make all the difference. I know it has with us and the teenagers we’ve looked after.” 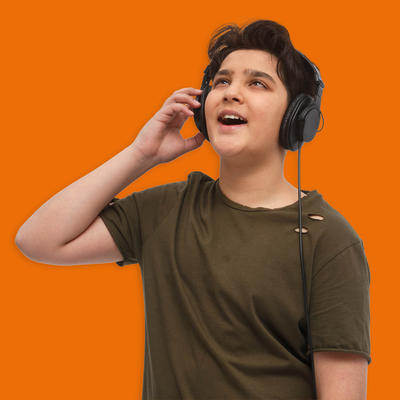 If you foster with any of the local authorities in the North West or Yorkshire we will provide you with a range of practical benefits and support packages to assist you.