Tina and her children foster

For Tina the decision to become a foster carer was a simple as;. ‘I like children, I had two already and felt I had a lot to offer. I could do it so why don’t I?’ Tina has been a foster carer for over 5 years and has fostered six children. In the first couple of years she took short term placements so she could see if fostering was right for her and her children. ‘You worry; what if they don’t like you or the kids don’t like them?’

Tina’s children have been really positive about having foster children in the house and treat their fostered siblings as if they were just part of the family. ‘She’s been with us four years now and it’s just normal and boring. There’s sibling rivalry around sharing but no more than with siblings generally. At our annual review it was really sweet to see what the kids had written about having foster children in the family – what they’d say to someone else when I wasn’t around.’

Before she became a foster carer Tina worked for Rochdale Council, she saw and recruitment advert for foster carers on the intranet and after she enquired was surprised when someone called her back and invited her to an event. ‘I think if people are considering it they should just find out more about it. Everyone I spoke to was really friendly and you’ve got nothing to lose by taking that step and getting in touch to find out more. Just take that step and do it.’

‘I don’t think I had any preconceptions about what would be involved in getting approved but didn’t realise how involved it would be. I understand why they need to go through all that and they even assessed our two pets! They take into account the ages of your children so I was approved for children between 5 and 11.’

'I do find it rewarding. It’s the little things that people might think insignificant. Like the times they come to you and hug you or to ask your advice. And when you see them grow in confidence. It’s also rewarding to harness the talents you know they’ve got. I forget she’s my foster child.’

‘The highs and lows of being a foster carer are the same as being a parent because I already had kids I was all set up, for swimming lessons, Beavers, Cubs etc. I wouldn’t say my lifestyle changed too dramatically when I started fostering.’

‘The most difficult think is when the kids are arguing but that’s the same for any parent. It’s hard to say goodbye to them when they leave, even when you know it’s a positive step for the child. You miss them when they’ve gone too and you worry about whether they’re doing OK.’

Before she started fostering Tina thought the children she’d be caring for would be more difficult, with behaviour problems. ‘I didn’t think they’d come skipping through the door.’ 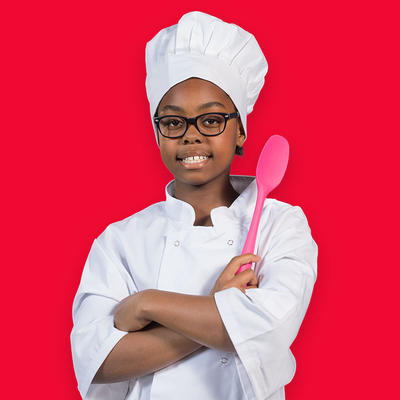