Josh wants to make the team…

Josh is part of a special sports club and enters competitions at a regional level. He’s been in foster care since he was little. When he arrived with his current carers he didn’t speak and had some challenging behaviours. His foster carers have received training to help them create routines and boundaries that give him a sense of security.

Josh’s foster carer says; ‘What stuck most were his eyes. They appeared dull like a candle with an odd flicker. Now over the years his eyes are shining bright and have a beautiful sparkle.’

Josh attends a special school, but likes taking part in main stream activities such as sports. He has learnt to communicate by picking up sentences from TV programmes and films. Josh said what he likes about living with his foster carers is ‘DVDs’.

His foster carer says; ‘We have thoroughly enjoyed fostering all the years we have been doing it and have never had any regrets. Josh has been the making of our family.’ 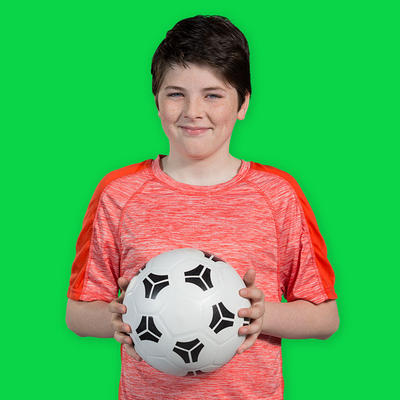